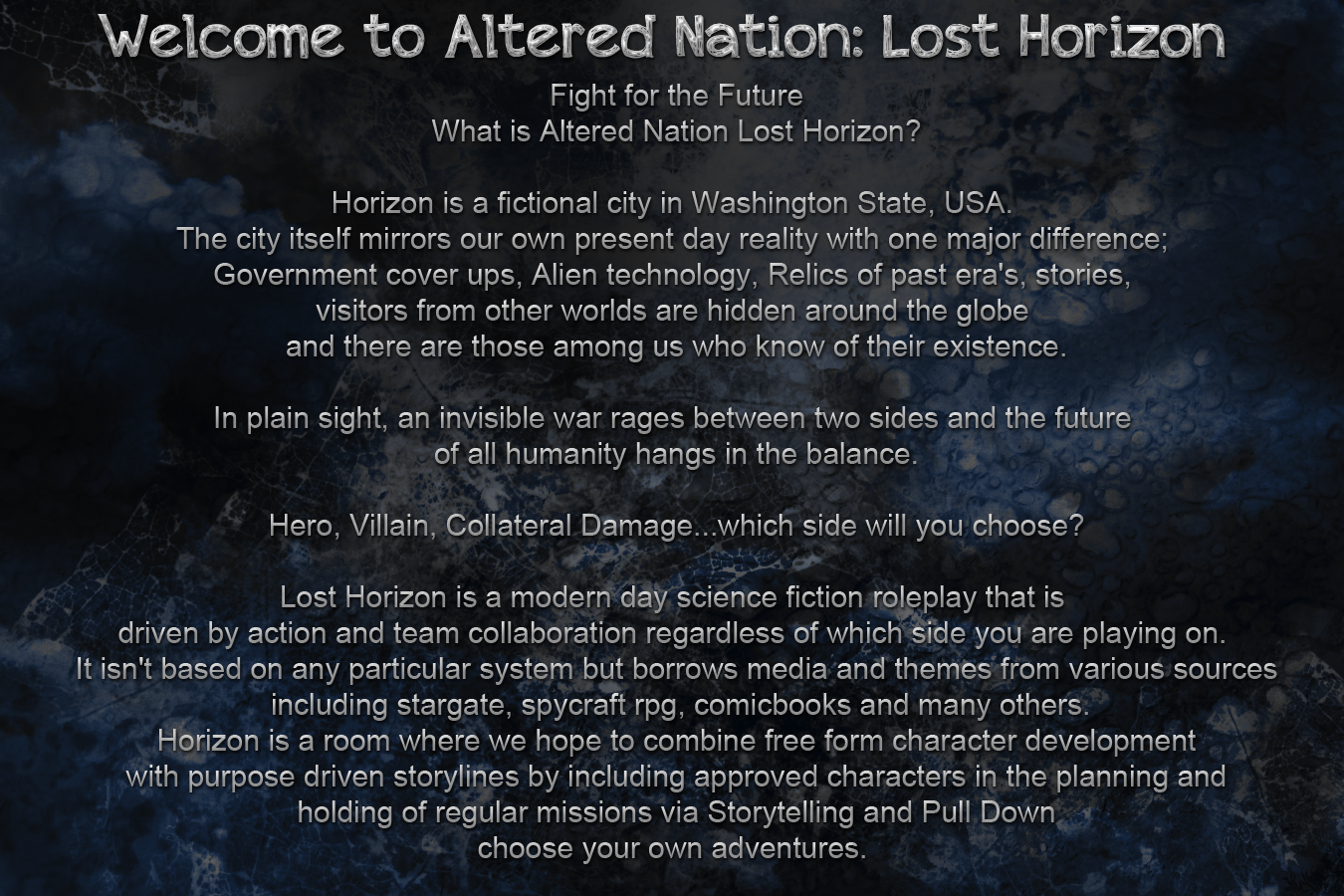 a displaced group of alien refugees, work together to protect Horizon from these threats and to maintain the blissful existence of the worlds population.

Hidden in the shadows of their glowing image, below the surface of the high security island facility just off the coast of Horizon, under the influence of an alien race called the Meta, the Eden Corporation and it's research lab, Egenics, hunt for and exploit whatever alien or otherworldly knowledge they can get their hands on.

Set in fictional Sheridan and Horizon City, Alpha's follows a group of genetically altered humans created by a company called Eden. The small mountain town of Sheridan harbors a dark secret. Since it's beginnings it has been an undercover site of human genetic testing. Deep in the mountains a hidden lab spent generations testing on human subjest. In the early 90's the facility was breached and the human test subject, Alphas, escaped taking the town hostage. Over night Eden disappeared and Sheridan has severed as a sanctuary for Alpha's who have been rescued or escaped from the hands of Eden.